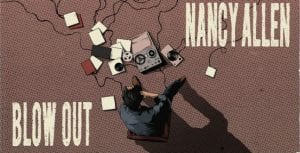 Brian De Palma’s 1981 movie Blow Out makes no secret of the fact that it is an elaborate hommage to Antonioni’s virtual namesake Blow Up and Francis Ford Coppola’s The Conversation, two of my favourite films (around which I have structured classes here and here). Much has been written about the links between these three films, and someone has even taken the trouble to edit a three-movie mash-up out of them. The result is catnip for film geeks.

As in those earlier classics, John Travolta’s hero Jack Terry is a technical expert who has accidentally recorded a crime. Unlike in the aforementioned movies, he is neither a photographer nor a surveillance expert but a B-movie sound engineer, a premise that gives the film its metafictional twist. As with The Conversation, the spectre of political conspiracy haunts the film, albeit more prosaically than in the Coppola classic, which fed off Watergate paranoia. Like in the Antonioni film there is a subplot of artistic ennui, with the hero’s desire to do work of value seeming to somehow segue into actual authorship of the crimes witnessed. In that sense the film also shares some DNA with another classic, which I wrote about here, Hitchcock’s Rear Window, in which the photographer protagonist’s curiosity and suspicions about his neighbours virtually become self-fulfulling prophesy.

John Travolta as Jack Terry in Blow Out

Brian De Palma is, incidentally, a filmmaker whose Hitchcock references are very much at the foreground of his aesthetic. This unabashed allusiveness might leave some cold: personally, as much as I enjoyed Blow Out I felt it didn’t have the deep ambiguity of Blow Up or the existential horror of The Conversation. It is however, rather fittingly, one of the top three films of a certain Quentin Tarantino, a filmmaker who is no stranger to postmodern hommage.

The key scenes from Blow Out, not unlike those of the aforementioned classics, are those showing the artist at work. I thought that if I approached these scenes in much the same way as I had for the Coppola or Antonioni classics, my students would think I had gone insane. To be fair, I am mildly obessive about these movies! Instead, what strikes me now about these scenes is exactly what gives the De Palma movie its metafictional heft: the sense that the Travolta character is not just witnessing a crime but somehow directing the action. It is almost as if he is literally setting the scene.

For me, the value in these clips as concerns a communicative and creative English class is the way the scene breaks down the elements of suspense for us, particularly as concerns sound effects: the “too-wit too-woo” of the owl, the couple on a romantic night walk, the buzz of the electronic signage, and so on. Jack Terry alerts us to all these elements because he is there to record audio; yet it is these same elements that give the scene its pregnant atmosphere. We are both enjoined to the film’s suspense, while invited to contemplate the separate components of that same tension. You might argue that this clever metacommentary on the filmmaking process creates a distracting distance from active spectatorial engagement in what is shown, and I wouldn’t entirely disagree; but it is an inventive and thought-provoking piece of cinema nonetheless.

As a creative activity for students, I have suggested they write and present a scene. For inspiration, I have suggested some great works of photography that seem to imply a larger narrative, largely due to their cinematic qualities and the way they tap into our cineliterate psyche. All of the images were no doubt opportunistic, one of Cartier-Bresson’s decisive moments rather than anything staged; and yet they seem full of potential drama. Some of these images I may return to, not least the Egglestone photo which is so loaded with latent meaning it deserves closer attention. The goal of the exercise here is for the students to imagine how they would direct their scene, and what sounds and shots they would choose to stage it, hopefully building an expressive vocabulary for describing in the process.

A nice starter to this might be a brainstorm on film sound effects. What sounds are exaggerated in cinema and why? How are they created?

Tell students they are going to watch a clip and discuss their observations in pairs/small groups. For the first viewing, give them some gist questions to guide their viewing:

Once students have had time to discuss their ideas, solicit suggestions from the whole class, noting down vocab for everyone to see.

Next, replay the clip and ask the students to focus on the various sound effects and how they contribute to the scene’s suspense. Encourage them to work in pairs/small groups and use the web to help with the vocabulary necessary to describe these different sonic elements, before sharing ideas with the whole class.

This is the scene which combines the film developing scene in Blow Up, in which the hidden gunman is revealed, with the tape editing scenes in The Conversation, in which the true nature of the scene Harry Caul has recorded becomes progressively apparent. To stay focused on the sound effects theme, have students describe the following:

Put the students into small groups with one of the images below. Tell them they are going to develop an imaginary film scene (but not necessarily a whole narrative) around the photo, describing in detail what shots they would use and what sound effects they would choose to accompany them. Try to encourage an expressive use of vocabulary (waves and even traffic roar, for example, while autumn leaves might crunch). 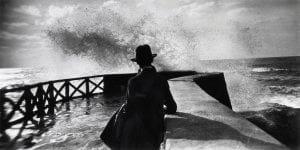 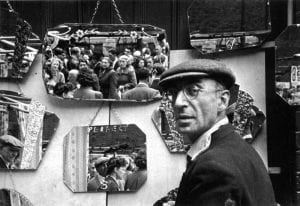 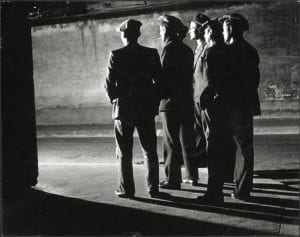 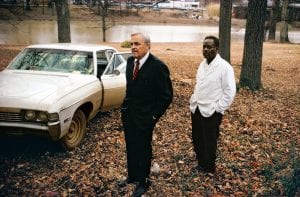 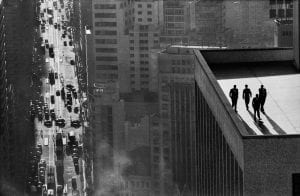