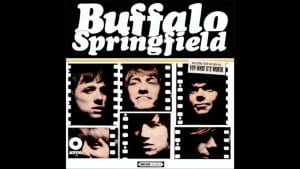 Following my last post about the exploitation of natural resources and Seth Boydon‘s animated short film An Object at Rest, I have been thinking of films and scenes which chart the progress of an object through time. The Hudsucker Proxy‘s key scene does something similar with the hula hoop, as I described here, while the canonical movie of this type might be said to be Albert Lamorisse’s classic 1954 short The Red Balloon (Le ballon rouge). Setting aside these fine works for the moment, a scene that belongs to this tradition is the opening credits to Andrew Niccol’s 2005 movie Lord of War, starring Nicolas Cage.

Without wanting to comment on the overall quality of the movie, the credits sequence sets the scene for its arms-dealing and smuggling premise by depicting the progress of a single bullet from its manufacture to its deadly use in combat, and every stage in between. Its impact is diminished somewhat by the rather cheap visual effects; the sequence would have been more effective had the bullets looked authentic and not computer generated. That quibble notwithstanding, it’s an imaginative opening to the movie with genuinely thought-provoking implications. For those of us who love to put the (moving) image at the centre of our teaching, it is ideal: a dialogue-free narrative with plenty of potential for description and debate. 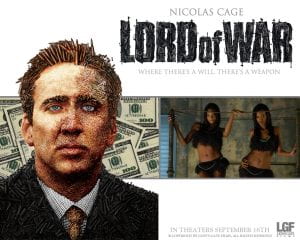 As concerns the ESL-EFL classroom, the scene’s potential is bolstered by its use of one of the great protest songs, Buffalo Springfield’s ambiguously-titled For What it’s Worth (1966). One of the first popular protest songs of the Vietnam era, it doesn’t reference the conflict directly and was in fact inspired by heavy handed policing of a youth curfew on Sunset Strip, Hollywood. Its evocation of “battle lines being drawn” and a “thousand people in the street / Singing songs and carrying signs” would subsequently acquire new resonance as the anti-war movement evolved.

As this great article about For What it’s Worth explains, its enduring success lies perhaps in the lyrics’ openness to interpretation: it could be about almost any social unrest. The timeless familiarity of the groove – and especially Niel Young’s guitar lick – was compounded by its use in Public Enemy track, He Got Game. It is this apparent contradicition between the laid-back groove and the lyrics filled with alarm that I want to exploit in class, leading up to the Lord of War sequence.

The class outline below could work well in tandem with previous lesson posts on gun violence (notably this one on high-school massacres and this one on murder ballads), protest songs or even rebellion.

Given the themes of anti-war protest and the arms trade, this would probably suit learners of high school age (minimum) and older.

I suggest playing just the first few bars, before the vocals kick in, and getting students to predict what kind of music they think it will be, and what mood it suggests. Have them share their impressions in small groups/pairs before soliciting suggestions from the whole class.

Play the whole song once and have students make notes on any lyrics they understand. They should share their ideas in pairs/small groups, then with the whole class, also focusing on the following questions:

Finish the comprehension with a jigsaw or gap-fill (lyrics provided separately, or not). The lyrics are widely available online; you can choose what language to focus on (rhyming words, for example, or those that facilitate overall comprehension of the scene represented: “gun”, “resistance”, “battle lines” etc.).

Rather than pre-teach the difficult vocab and idioms (“What a field-day for the heat”, “Everybody look what’s going down”), maybe highlight it for discussion later.

After reviewing the answers, have them discuss the following questions:

Tell the students they are going to watch a clip in which the Buffalo Springfield song is used (but don’t tell them exactly what it is). Play them the clip below from 58 seconds approx. to 1’20” (I wouldn’t bother with Nicolas Cage’s glib introduction, it only undermines the subsequent scene and will potentially confuse the students).

Have them share their ideas around the following, before soliciting suggestions from the whole class:

Watch the clip until 1’50” and get them to share their observations around simple “gist” questions (who? what? where? when? who?).

Once again, get them to predict what they think happens in the rest of the scene, sharing their ideas in pairs/small groups, then the whole class.

Watch the rest of the clip and have students share observations around the following:

Here are some suggestions for follow-up tasks. To keep things varied, could give different tasks to different groups.