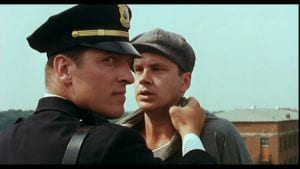 One of my favourite music artists to work with in the ELT classroom is Johnny Cash. His lyrics are unfussy and well enunciated but tell vivid stories and address controversial issues. The Man in Black sang often about social justice and campaigned a great deal for a then-unfashionable cause, prison reform. END_OF_DOCUMENT_TOKEN_TO_BE_REPLACED 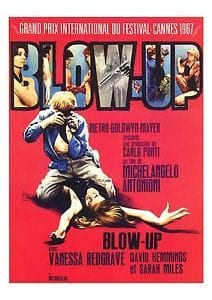 Following on from my post about Rear Window, a film I often like to use in class following Hitchcock’s masterpiece is Antonioni’s 1966 classic Blow-Up. While the main character’s casual mysogyny is jarring today, the film has not lost its intriguing power and ambiguity. I won’t reiterate the debate around what actually happens in the film here, suffice to say there are good grounds to doubt the veracity of what we see, particularly in relation to film’s central murder mystery. The film also includes one of my all-time favourite scenes, in which the hero photographer works – with increasing intensity – in his studio as he develops the photos that convince him he has unwittingly witnessed a crime, an extract of which features in my lesson plan below. END_OF_DOCUMENT_TOKEN_TO_BE_REPLACED