I have got a backlog of Letterboxd reviews of varying depth and quality that I haven’t shared anywhere else. The last one I did, below, is of Alex Garland’s horror sci-fi movie of 2018: Annihilation. END_OF_DOCUMENT_TOKEN_TO_BE_REPLACED 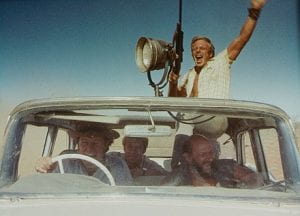 I’ve recently acquired an interest in the so-called Aussie New Wave cinema of the 1970s and 80s. Although encompassing a range of genres and often overlapping with what is known as Ozploitation, the period really identifies a period of resurgent confidence and productivity in Australian cinema rather than any kind of aesthetic stance. That said, a number of the stronger works of the ‘Wave’ seem to capitalize on the country’s geographical peculiarities with strange and often sinister results. Notable filmmakers who came of age during the period include Peter Weir and Philip Noyce, who went on to enjoy successful Hollywood careers. END_OF_DOCUMENT_TOKEN_TO_BE_REPLACED