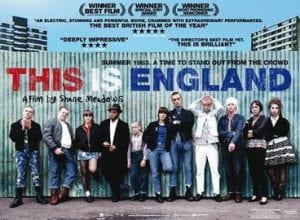 I have recently finished watching This is England ’90 on DVD. Clearly I am a bit late in the game, the series having first aired on Channel 4 in 2015. A long-time fan of director Shane Meadows,  it is purportedly the final installment of a saga that began with coming-of-age movie This is England (2006, above), set in the aftermath of the Falklands War. Examining the racism and disaffection of the early Thatcher years, it was followed by three mini-series made for television: This is England ’86, ’88 and ’90. END_OF_DOCUMENT_TOKEN_TO_BE_REPLACED