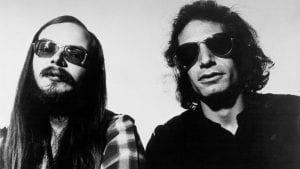 As my last post showed, I’m a fan of working with songs which respond to each other in some way. I’ve not yet devised a much-needed Lynyrd Skynyrd vs. Neil Young face-off, but this should do in its place. I am going to lay my cards on the table and say I am not a fan of John Lennon’s “Imagine”. I have nothing against Lennon or his music; I adore Revolver and Abbey Road, not to mention “Jealous Guy”. “Imagine”, though, is rather vacuous ditty, with Lennon asking us to contemplate the disappearance of war and religion from what could easily be described as his ivory tower, the spacious white mansion where he and a curiously joyless Yoko Ono appear in the accompanying video (see below). END_OF_DOCUMENT_TOKEN_TO_BE_REPLACED